Laser Point and the environment: RoHS and WEEE

Laser Point has extreme care of environment and as a European Manufacturer complied to those related directives as soon as the European Union released them.
All Laser Point products are RoHS compliant.
RoHS (Restriction of Hazardous Substances) directive originated in the European Union to restrict the use of four heavy metals (lead, cadmium, mercury, hexavalent chromium) and two categories of brominated flame retardants (PBBs and PBDEs) .The RoHS norm specifies the maximum levels for the above six materials.

RoHS prevents that, every year, many thousands of tons of banned substances are disposed of and potentially released into the environment with a substantial increase on the protection of human health. At the same time, by increasing manufacturers’ awareness of product composition and toxicity, it has brought important changes in the design of electrical and electronic products.

WEEE is the acronym for Waste from Electrical and Electronic Equipment (Directive 2002/96/EC of the Europe-an Parliament).
WEEE directs the treatment, recovery and recycling of electric and electronic equipment and aims to encourage the design of electronic products with environmentally safe recycling and recovery in mind.
All applicable products in the EU market must pass WEEE compliance and carry the “Wheelie Bin” sticker.
RoHS regulates the hazardous substances used in electrical and electronic equipment, while WEEE regulates the disposal of this same equipment . 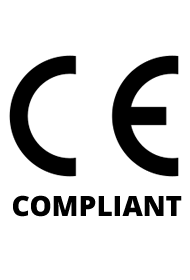